Someone on a nutrient dense whole food plant-based diet would have no need for bone broth of any sort. Remember that anything from the ocean now comes with heavy metals – mercury, polychlorinated biphenyls (PCBs), other dioxins and plastics! On a risk benefit level, best to avoid consuming anything from the sea. Let them be as scientific studies predict a total collapse of all seafood fisheries by 2050. If the oceans go, so does the planet and our very existence. Get your nutrients from whole plant foods: vegetables including kelp, fruits, beans, whole grains, seeds and nuts. 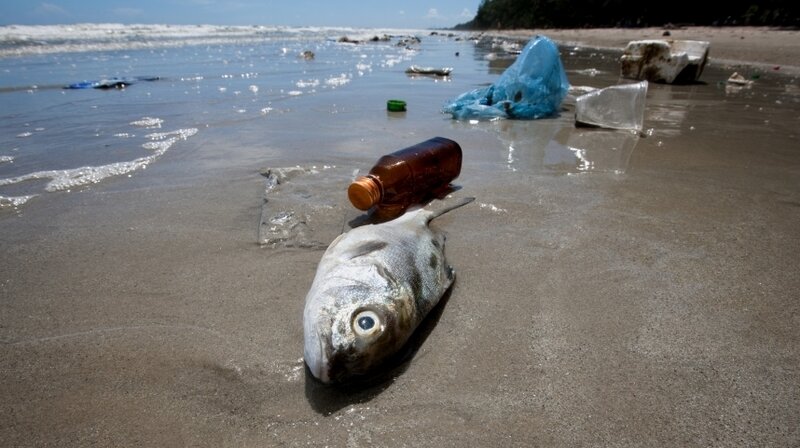 https://www.npr.org/sections/thesalt/2013/12/12/250438904/how-plastic-in-the-ocean-is-contaminating-your-seafood
http://www.onegreenplanet.org/animalsandnature/10-alarming-facts-about-overfishing/
https://news.stanford.edu/news/2006/november8/ocean-110806.html
As for land animal bone broth and risk benefit analysis there is a great concern about high levels of lead.  See abstract below with link:
https://www.sciencedirect.com/science/article/pii/S0306987713000133

The risk of lead contamination in bone broth diets

The preparation and consumption of bone broth is being increasingly recommended to patients, for example as part of the gut and psychology syndrome (GAPS) diet for autism, attention-deficit hyperactivity disorder, dyslexia, dyspraxia, depression and schizophrenia, and as part of the paleolithic diet. However, bones are known to sequester the heavy metal lead, contamination with which is widespread throughout the modern environment. Such sequestered lead can then be mobilized from the bones. We therefore hypothesized that bone broth might carry a risk of being contaminated with lead. A small, blinded, controlled study of lead concentrations in three different types of organic chicken broth showed that such broths do indeed contain several times the lead concentration of the water with which the broth is made. In particular, broth made from skin and cartilage taken off the bone once the chicken had been cooked with the bones in situ, and chicken-bone broth, were both found to have markedly high lead concentrations, of 9.5 and 7.01μgL−1, respectively (compared with a control value for tap water treated in the same way of 0.89μgL−1). In view of the dangers of lead consumption to the human body, we recommend that doctors and nutritionists take the risk of lead contamination into consideration when advising patients about bone broth diets.